The creation of this blog stemmed from the idea of something that actually had nothing to do with a blog- the original plan was for me to have a YouTube channel.  In theory, it was a nice idea. YouTube is extremely popular nowadays and most people actually spend time watching videos rather than reading a blog entry of any sort. But the thing is, my strong point is writing, it always has been. Speaking in front of a camera, however, is not.
I actually went along with the idea, until the time came that I actually had to, well, make the video. And I did try, I really did. I even wrote out a script, all I had to do was add adlib and make it sound natural. Easier said than done, I guess. I forgot the words every time the camera was on, I stuttered, rocked, and fiddled. I could recite the script perfectly, but the fact that I was being recorded made me nervous. 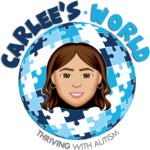 I’m also talking about fairly personal things, I don’t ever talk about these types of things out loud. It makes me feel awkward. Writing has always been a bit easier, it’s easier to say things, because we really aren’t speaking at all. I guess it’s for the same reason that kids my age make terrible decisions on social media. And after I post this, it’s done. I don’t have to think about it, I can forget I ever wrote about it.
Truthfully, I’m not one-hundred percent confident in my blog entries either. It’s a new style of writing for me. My first post I rewrote multiple times, but it still turned out mediocre. And sorry for the break by the way, I had the flu and I started high school last week (more on that later, minus the flu part).

This site uses Akismet to reduce spam. Learn how your comment data is processed.